More importantly, asteroids. Now when you think of asteroids you usually get goose bumps. They’re like the devil of the astrological world, crashing into planets, scaring the shit out of Earthlings who believe one is coming for them, being nothing more than a frozen chunk of rock teasing us with death. But asteroids are much more than that, sure they’re deadly and pose a very miniscule yet galaxy changing threat, but we really owe our existence to them. But how can this be? Let’s break it down.


Yes the Earth, the planet we evolved into humans on and the place we currently call home was and basically still is an asteroid. No not a freezing ice block hurling through space, but in it’s initial stages of development it was constructed through many asteroids bonding together. But even with just a planet forming we still wouldn’t have been able to evolve into what we are without another essential piece linked to asteroids.


Oh the moon, the horrid crater filled lump of rock that watches us sleep at night. Without the moon we would have evolved very differently, perhaps not even at all. There’s no sure way of knowing what exactly would have been affected biologically had the moon been gone but we do know that without lunar tides would not exist, the Earth would spin quicker making a day about 6 hours long, and the moon may even act as a shield and get hit by some asteroids that otherwise would have crashed into Earth. Speaking of the Earth revolving quicker, this would have had major impacts on life, storms and winds would be a lot stronger, photosynthesis (plants eating {light being absorbed by plants}) would be different because of less sun. So why do we credit asteroids for the moon? The moon is a part of Earth, a part that was launched from it after an asteroid collision in our planets infancy. 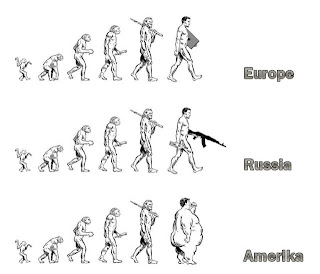 So what does an asteroid have to do with evolution? Well it’s a dumb question because you already knew it was a lot so… let’s forget that. So what does an asteroid have to do with evolution?  Let’s start with the beginning, our first bodies if you want to call them that. Amino acids, the building blocks of life, likely came from asteroids. Not just amino acids, but many things that had helped to construct life were likely brought into the Earths oceans from asteroid/Earth collisions in the early universe. While it’s not completely proven that this is what happened it’s one of those things that many believe to be the cause. Not only were asteroids essential in bringing us our building blocks, it was essential in helping mold them later on. How you ask? By hitting the Earth and wiping out T-rex, leading to an ice age which wiped out more big ass lizards. The way it helped? We no longer had as many giant predators roaming the planet which allowed us to slowly move on from scared rodents into more sophisticated, physically advanced mammals. While it’s not the sole reason for our evolution into the homo class, it is possible that it was a small but important piece to the puzzle. So with that being said, Mr. Rex can still not like asteroids, since you know, he’s gone and all due to them. So now we are here, homo sapiens, still evolving into what we may call AISapiens at some point. Now asteroids should go away, leave us be thanks for the help but we got this now! We don’t want to say that though yet…

Yes our future may even one day rely on asteroids. The fact is at some point the Earth will be no longer, the sun will eventually burn out, at our rate of living we will exhaust it beyond a point of habitability, hell an asteroid might even blow us up and make us go bye bye. Black holes, supernovae, falling out of orbit, the moon eventually leading away from Earths gravitational pull, all kinds of things will happen eventually. Now most humans, except you weird emo ones, want to live. So at some point we will have move beyond considering traveling space to another planet and actually do it. While that time could be millions if not billions of years away, asteroids could very well play an important role in making the move. Considering it will likely be millions or billions of years before the move, one has to assume that even in another 1,000 years technology will exponentially increase beyond our current understanding making a galactic road trip even the more possible. But say we slow down and have to find another way and in doing so we have to figure a way to harvest resources during our voyage. Well you could stop places, such as the moon and try to mine resources but there are few planets and moons to make constant stops on. Asteroids however are abundant, there’s an entire assembly line belt the roll out on. We know that asteroids house a number of resources useful to us. It could provide us with building materials, building blocks to engineer a food source, physical materials for construction and repair mainly metals, they could even act as a compass for space. For now, they are even a cosmos history book holding the secrets the universes’ past. One which once read further could change the laws of physics.


Asteroids are like your asshole friends, sometimes they punch you the face, but most of the time they are there for you, providing you in times of need and keeping you company. Sure when they hang around too long or even threaten to kill you they irritate you, but hey, what doesn’t. Stop being afraid of asteroids, they love you, they made you. They won’t come December 21st, 2012 with big brother Nibiru, they aren’t homing missiles attached the Earths nuclease. In fact one day you may need to once again call on Asteroid for help, so keep the intergalactic bridges open, because traffic sucks and falling bridges suck too.  KthnxBai  :)
Posted by ChozenWun at 6:16 AM